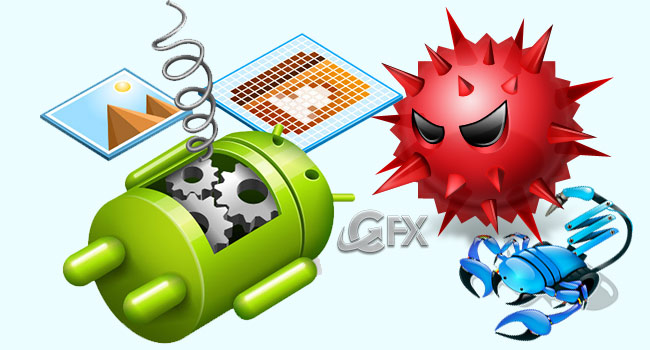 Android is the most widely used mobile operating system in the world. It may seem a little far-fetched that malware can make its way onto our phones and tablets. Now, malware presents a threat to mobile devices, including Android.

Have you ever wondered: Does my phone have a virus?The immediate question is, how does malware get on an Android device in the first place?

Malware can attack phones, computers and other electronic devices. There are many types of malware: viruses, adware, Trojans, spyware, worms and ransomware. These programs can cause serious harm to your device ranging from loss of personal data to loss of money.

While malware on Android is much more prevalent, that doesn’t mean you shouldn’t be aware of iOS malware. Malware infects both platforms and can have devastating effects on an enterprise.

As a whole, Androids are a bit more open than Apple products. Their ability to download items directly from the internet leaves your smartphone and tablet more vulnerable, and hackers can easily take advantage of this. Android users can also download, install and remove third-party applications from unreliable sources.

Android malware comes in many forms, ranging from spyware, which gathers your personal data for third parties (often advertisers), to mobile ransomware, which holds your files hostage and demands a ransom in order for you to retrieve them. The story for iPhones is a bit different. Unlike Android, iPhone and iPad apps can only be downloaded through the official App Store. This prevents malicious software from infecting your device via fake apps.

As we say each time, to protect yourself against Android malware, the best practice is to avoid downloading and installing apps from “Unknown Sources.” Only download apps from the official Google Play app store and make sure you check user reviews, too, before installing.

Second, be careful with links and websites you visit. Drive-by malware downloads could happen anytime without you knowing it. Don’t grant any system permissions to prompts coming from unknown sources.

Here are some of the most popular types of mobile malware

Adware – Shows frequent ads to a user in the form of pop-ups, sometimes leading to the unintended redirection of users to web pages or applications

Ransomware – demands money from users and, in exchange, promises to release either the files or the functionality of the devices being “held hostage”

SMS Malware – Manipulates devices to send and intercept text messages resulting in SMS charges. The user is usually not aware of the activity

Trojan – Hides itself within a piece of seemingly innocent, legitimate software

Not sure how to tell if your phone has a virus?

A phone infected with malware behaves a little differently. You can have a corrupted phone with malware lurking in the shadows and you will probably not even realize.

Just as on a computer, there are some warning signs that can alert you to the presence of a malware infection on an Android device. If your phone shows the following symptoms, it is time to look in deeper into what may be causing this.+

1-Invasive adverts : Most pop-up ads are just annoying, not malicious. However, if you’re seeing pop-up ads on your Android or iPhone even when your browser is closed, these could be malicious pop-ups caused by malware trying to steal your data.

Try to remember the last few apps you have downloaded and see which one of them brought the adware to your phone. Uninstall the app immediately.

2-Unexplained charges on your bill: Unexpected charges may be symptomatic of a virus. Malicious applications can make money by using your phone to send premium text messages, 4G connection, or phone calls.

Contact your service provider for an explanation. If you can find out where the messages are coming from, delete the app immediately.

3- Surge in data usage: Adware infected phones usually perform unsolicited clicks in the background to generate profit for cybercriminals. If you see a sudden unexplained spike in data usage, it could be that your phone has been infected with malware.

Go to settings, and tap on Data to see which app is using the most data on your phone. If you see anything suspicious, uninstall that app immediately.

4- Overheating of the phone and poor performance: As you can imagine, all this unauthorized background activity not only takes a toll on your data usage, it can impact your battery life, as well. If your phone has suddenly become extremely slow and laggy and heats up very fast despite not using it much, chances are it is infected by malware. When your phone is infected by malware such as viruses, worms or adware, they use up your phone’s resources to spread their malicious intent. It is no surprise then that your phone will start heating up under the strain.

Go to Settings and open the Battery section on your phone for an overview of which app is using up most power. Identify the offending app and analyze it to see if it is a genuine app or causing issues on your device.

If your friends receive spam messages from you, it is likely that your phone has been infected with a virus. Ask your friends not to open any messages or click on the links. Install a good anti-virus program on your

7- The Internet connects on its own: Viruses and other malware use your phone’s data to spread its message. If you see that your phone is mysteriously switching your Wi-Fi and data connections on without your intervention, it could be due to malware. These programs can override your preferences and connect to the internet on their own. If you see unusual internet activity, scan your phone for viruses and clean using an anti-virus program

What to do in the event of infection

If you find out that your phone has a virus, it needs to be fixed as soon as possible. Firstly, switch the device to airplane mode. This will stop any malicious apps from receiving and sending data.

How to remove a virus from an Android phone

To review and remove questionable apps, go to Settings > then Apps or Application Manager. Look through the list and keep an eye out for anything that’s odd or unfamiliar. Tap the questionable app you want to get rid of and this will open up the App Info screen. First, remove the app’s data cache by hitting “Clear Cache.” Next, delete the app’s data by tapping “Clear Data.” Once these steps are done, click on the “Uninstall” button to remove the app.

Some malicious apps may have administrator access and these are trickier to remove but there are ways.

Like Windows, going into Safe Mode on Android turns off access to all third-party apps to stop them from running. This is a great tool to help you identify the culprit behind your Android phone’s unusual behavior

— if the problem goes away when your phone is in Safe Mode, then you know a malicious app is to blame. Safe Mode also enables you to use your phone normally, without any interference.

Once your phone is in Safe Mode, go back to Apps or Application Manager and uninstall any stubborn apps that can’t be removed otherwise. Some malicious apps also have managed to install themselves with administrator status so you will need to clear these permissions too.

if the name of the app is grayed out and you can’t even tap it, it means the virus has given itself Device Administration Status. In this case, follow the next three steps below.

Remove Administrator Status: Do this by tapping on Settings and Security, then Device Administrators. Simply uncheck the infected app and hit Deactivate on the next screen.

Uninstall the app: Now when you return to the Apps menu, the infected app will no longer be grayed out. Simply uninstall it.

After uninstalling your questionable apps, restart your Android phone.

2-Install a good antivirus program to scan and identify the virus before deleting it.

As we say each time, to protect yourself against Android malware, the best practice is to avoid downloading and installing apps from “Unknown Sources.” Only download apps from the official Google Play app store and make sure you check user reviews, too, before installing.

3- Do a factory reset; if there’s a virus on your phone, this is a surefire way to remove it. However, in doing so you return your phone to its original factory settings. That means you’ll lose everything you’ve added since then that isn’t backed up.